The Land and Environment Court and the Swedish Radiation Safety Authority have announced SKB’s application for a licence to extend the Final Repository for Short-lived Radioactive Waste, SFR, in Forsmark.

– An extension of SFR creates capacity for final disposal of low- and intermediate-level waste from the decommissioning of the Swedish nuclear power plants. The announcement is another step on the way to fulfilling our important task, says SKB’s managing director Eva Halldén.

The application for permission to extend the existing SFR was submitted in 2014 and this week’s announcement means that the review continues and enters the next phase. The Land and Environment Court will now refer the application for comment to concerned regulatory authorities, organisations and other parties that will have an opportunity to offer comments on the matter. Thereafter, the case is tried under the Swedish Environmental Code in a main hearing, which is planned for the end of 2018.

– The material in our application shows that the facility as a whole will remain safe both during operation and in the long term. Now we look forward to the referral procedure in the spring and the planned main hearing later in the year, says Peter Larsson, project manager for the SFR Extension Project.

At the same time, the Swedish Radiation Safety Authority tries the application under the Nuclear Activities Act. The two licensing processes are pursued in parallel.

Our task is to deal with all the radioactive waste from nuclear power plants in Sweden. In doing so we must meet the most stringent requirements regarding the safety of human beings and the environment. This task is so extensive that we view it as Sweden's largest environmental protection project. 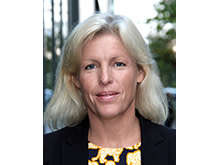 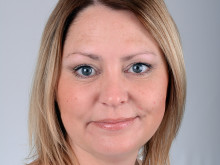